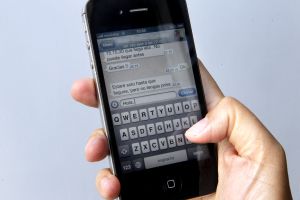 The Guardia Civil has been arrested in the town of Torrelavega (Cantabria) a person to create and propagate a virus that infects computers stealing passwords and users of various social networks.

This computer file, baptized with the names WhatsApp Win, WhatsApp PC y WhatsApp Espía, emulated version of the popular messaging program for mobile phones WhatsApp, but adapted for use with conventional computers in order to, as advertised, “WhatsApp spy on your boyfriend and your friends ", notes as a note from military institution.

Far from fulfilling this supposed function espionage, application, actually, sent directly to the login passwords arrested profiles of victims. The arrested after using these keys to access their boards and private messaging, masiva way of propagating, by spam (mass advertising messages), By downloading this application. So could the so-called "chain reaction", to continue to infect new levels of friends, explains Guardia Civil.

The hacker Snooper arrested in Operation using social engineering techniques they called the curiosity of millions of users of social networks, had created pages posing as officers of the American company WhatsApp INC and thus promoted the indiscriminate dumping and software viral propagation.

During the investigation, Civil Guard was found that the supposed creator of the virus to reside in the Cantabrian town of Torrelavega, which had its own server that stored all the information stolen.

In the search of his home, agents involved a server that contained more than 60 databases containing information of thousands of Spaniards who had been infected users, and a script (Stock automated orders), used to send bulk messages by virus.

Also, various websites where you were staying with packages ready for download computer virus were located. The operation was carried out by agents of the Guardia Civil specialists in research related to telematics crimes.