The fatal attraction of North Korea 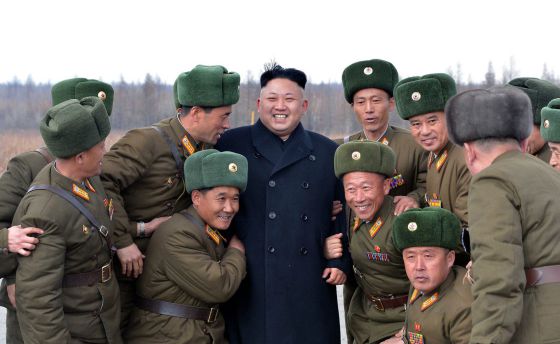 Those who work in newsrooms know that a website owner who speaks ofHermit Kingdom o el Dear leader usually guarantee success (Count). But journalists are usually found with a dilemma: ¿One column the column? ¿Hard news (experimientos nuclear regime, torture dissidents) the soft news (NBA former player Dennis Rodman visit to his "friend" Kim Jong-un)? North Korea mixture eccentricities and tragedies so unusual. And it does so with a permanent surprise factor ranging from the ridiculous to the outrageous.

From afar, Pyongyang is dangerously close to a caricature. Everyone knows at least a couple of anecdotes (or urban legends) on the dynasty begun by Kim Il-sung in 1948. The artificially created flower to his son Kim Jong-il (kimjongilia), extreme fondness for this film (talking about 20.000 videotapes and the abduction of Japanese actors for the benefit of the domestic industry), the trip to Disneyland for her offspring Kim Jong-Namappearances and mysterious scene wives and sisters of the current leader, Kim Jong-un, which first opened to foreign fans the annual marathon in the country to mark the birthday of his grandfather.

Behind the anecdotes is famine, a State-Big Brother classifies its 25 million inhabitants according to the loyalty scheme, a nuclear weapon frightens the neighbors and the recent implementation of the uncle of chief executive. A United Nations commission has recently compiled testimonies of political prisoners who claim to have betrayed his family "for a ration of rice". The drawings of a Survivor of North Korean prisonsput the willies.

The mystery lies north of 38 has produced abundant material for books, movies, documentaries and blogs. One of the most interesting is Pyongyang, a graphic novel by Guy Delisle on his visit to Pyongyang. Dear Leader. Living in North Korea, they Barbara Demick, portrays the country through the testimony of North Koreans who fled abroad. The satires abound in internet, a forbidden ground for North Koreans: from the famous Kim Jong-il targeting stuff to tens of fake Twitter accounts take away iron the iron hand.

And meanwhile, the Government continues to open its borders to a few thousand tourists a year. Tours from eight days to a few 2.700 dollars (excluding flights to Beijing and visa costs) where visitors ("Friends", by official website of the Republic) are monitored constantly. The scheme is congratulated himself last year by the good prospects of the tourism sector, as tension with the southern neighbor to fears the outbreak of a conflict. The Official Shop of the scheme sold to internet fitness DVDs 27 dollars. At this writing still wonder if this text or the latest killer eccentricity of this kind of endless comic should go in column one or column two.